David Allyn Mohney, 83, of Warne, passed away Sunday, Sept. 29, 2019 in a Gainesville, Ga. hospital. He was born in Vandergrift, Pa., the only child of Dorothy Barr Mohney and Kenneth Mohney. After the family moved to Ohio, Dave attended the Ball State University for one semester and then went into the United States Air Force for three years. Later, he went to Anderson College in Anderson, Ind. and received a degree as a Church of God minister. He decided the ministry was not for him and became a teacher. He worked with the Cherokee in Tahlequah, Okla. and taught in a high school. He and his first wife and son moved to Tampa, Fla., where he taught at the University of South Florida for 28 years and received his master’s degree in 1981.

After a divorce, David married “Eddie” Rackes Mohney. They were happily married for 33 years. Sadly, Dave’s only child, David Mark, died Oct. 14, 2014 as well as two of his grandchildren. His remaining grandchild, Lauren, lives in Port Orange, Fla. 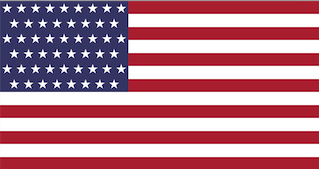 Ivie Funeral Home, Hayesville: www.iviefuneralhomeinc.com is in charge of the arrangements.