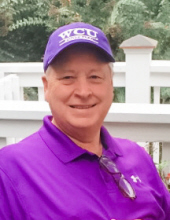 Johnny J. Burch, 74, of Hayesville, went home to be with the Lord Friday, June 19, 2020. He was a native and lifetime resident of Clay County.

Johnny graduated from Atlanta Technical College and began working in the sheet metal industry. He and his brother then owned Burch Brothers Building Supply in Hayesville for more than twenty years. Johnny then pursued a career in real estate where he became a broker and owner of Tusquittee Land Company as well as being a licensed general contractor.

He was a lifetime member of Mount Pleasant Baptist Church where he had taught Sunday school. He was a member of Clay County Lodge No. 301 and Western North Carolina Shriners. He had also served on multiple boards within the community. Johnny was an avid sports fan and passionate about Yellow Jacket football. Johnny had volunteered and coached many youth sports and had a talent for working with the kids. His greatest pride and love came from his family who he enjoyed spending time with.

He was the son of the late Guy Elmo and Nina Lee Ashe Burch.

Ivie Funeral Home, Hayesville: www.iviefuneralhome.com was in charge of all arrangements.