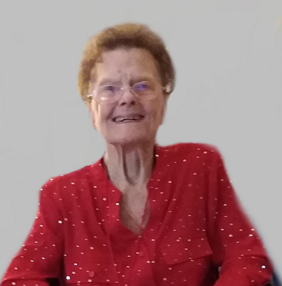 She was the daughter of the late John W. Thomas and Bessie McDevitt Thomas.

Evelyn enjoyed a 40 year career as a long distance operator for General Telephone Company, later Southern Bell, in Durham, N.C. For many years Evelyn lived and raised her family in what is now one of the two historic round houses on Duke Street in Durham.

and two great-grandchildren, Jett and Lucy Stryker of Vancouver, Wash. She is also survived by numerous nephews and nieces.

Services will be held at a later date at Stonehenge Se-

nior Living in Blairsville and at the Maplewood Cemetery in Durham.

Mountain View Funeral Home of Blairsville: www. mountainviewfuneralhome. com is in charge of the arrangements.