New direction for clinic on 69 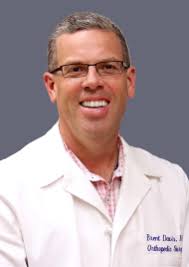 A ground-breaking ceremony in September 2019 marked the future site of a new home for Hayesville Family Practice. After a year of construction the $2 million facility is almost ready for occupancy; however, it will house Union General Orthopedics at Hayesville — not the family practice.

On Monday Union General CEO Kevin Bierschenk confirmed that plans to relocate Hayesville Family Practice have been put aside, at least for now. He said Union General has signed a lease securing HFP’s current location at Moore’s Plaza in Hayesville for another year. Bierschenk said Union General entered a contract a few months ago with orthopedic surgeon, Dr. Brent Davis who had been working with the Erlanger Western Carolina/Murphy Medical Center group for 15 years.

Davis will be the provider of the new clinic. “Initially the clinic will be solely an orthopedic clinic, but Union General is looking to bring in more specialty services to this facility,” Bierschenk said. Davis plans to open the orthopedic practice Dec. 7 in the new 5,500 square foot building on Highway 69, near United Community Bank. “My primary office will be in a new state of the art facility in Hayesville, while surgeries will be performed at Union General Hospital in Blairsville, Ga,” Davis explained in an advertisement in this week’s issue. Davis said he will continue to practice general orthopedics but will be concentrating on total joint replacement.

Clay County residents and HFP patients may have been surprised by the change in direction, but the large sign designating the new facility as the future home of Hayesville Family Practice was taken down several weeks ago. Hayesville Family Practice has been in its current location for the past 12 years. The office offers full services, but has smaller examining rooms and a steep sloped parking lot that can be difficult to maneuver.

Earlier this year, the new Highway 69 site had been applauded by Hayesville Family Practice for its accessibility, especially for senior citizens and those without much mobility. Bierschenk said Union General will be looking at other places for future relocation of Hayesville Family Practice. Bierschenk said the orthopedics practice is expected to yield a high volume, possibly up to 200 visits per week.

At the project’s onset, Betty Bradley, one of the heirs to the Bill Bradley property where the clinic was built, gave a $60,000 in-kind donation to the initial project. When asked about the change in direction, she had a positive response. “I think it’s wonderful for Clay County to have that facility offered here. I’m pleased with it,” Bradley said.