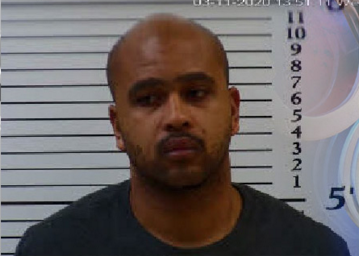 A local father was arrested last week and charged with murdering his child. Morgan Jemar Kimble, 28, is accused of killing his 2-month-old son, Zaiden Maliek Kimble.

Court records show the incident happened in Cool Springs between March 6-8. Law enforcement officials received a call about the injured infant around 9 a.m. March 8. The child was airlifted to Children’s Healthcare of Atlanta, Scottish Rite Hospital in Georgia and later pronounced dead as a result of blunt force trauma to the head.

Kimble was booked on the murder charge three days later. He is being held in the Cherokee County Detention Center on a $1 million secure bond, with a court appearance scheduled for

Tuesday, May 5. Officials are also investigating whether Kimble intentionally harmed his son prior to the incident that claimed his life. According to a Facebook post by the child’s mother, Zaiden suffered a brain bleed when he was only 2 weeks old.

“Our 2 week old is in PICU with a broke collar bone, a slight brain bleed and having seizures due to a fall his dad and him had,” Hannah Allen wrote in a Jan. 14 post seeking monetary help from the public.

“We are not sure how long we will be here in Atlanta at the Scottish Rites Children’s Hospital. The money that we raise will be used for food and hygiene products that we run out of such as tooth paste, deodorant, shampoo, conditioner, body wash, etc. We also will be needing to wash our clothes due to us being two hours away from home anything will help us.”

In North Carolina, first-degree murder is punishable by death if the crime involves one of several aggravating factors as defined by law. As of June 2017, at least 15 states across the country have authorized the death penalty for the murder of a child victim.

Four states that later abolished the death penalty also had a child victim aggravating circumstance, according to the Death Penalty Information Center, a national non-profit organization that tracks capital punishment in America.

North Carolina law says prosecutors may seek the death penalty if the capital felony was “especially hei- nous, atrocious or cruel.” District Attorney Ashley Welch declined to comment on whether Zaiden’s death involved a level of cruelty that would prompt her to seek the death penalty, but she did not rule it out.

“We reserve it for the very worst of the worst,” she said. “We have to make sure we are fairly confident in our evidence. It’s not a quick decision.”