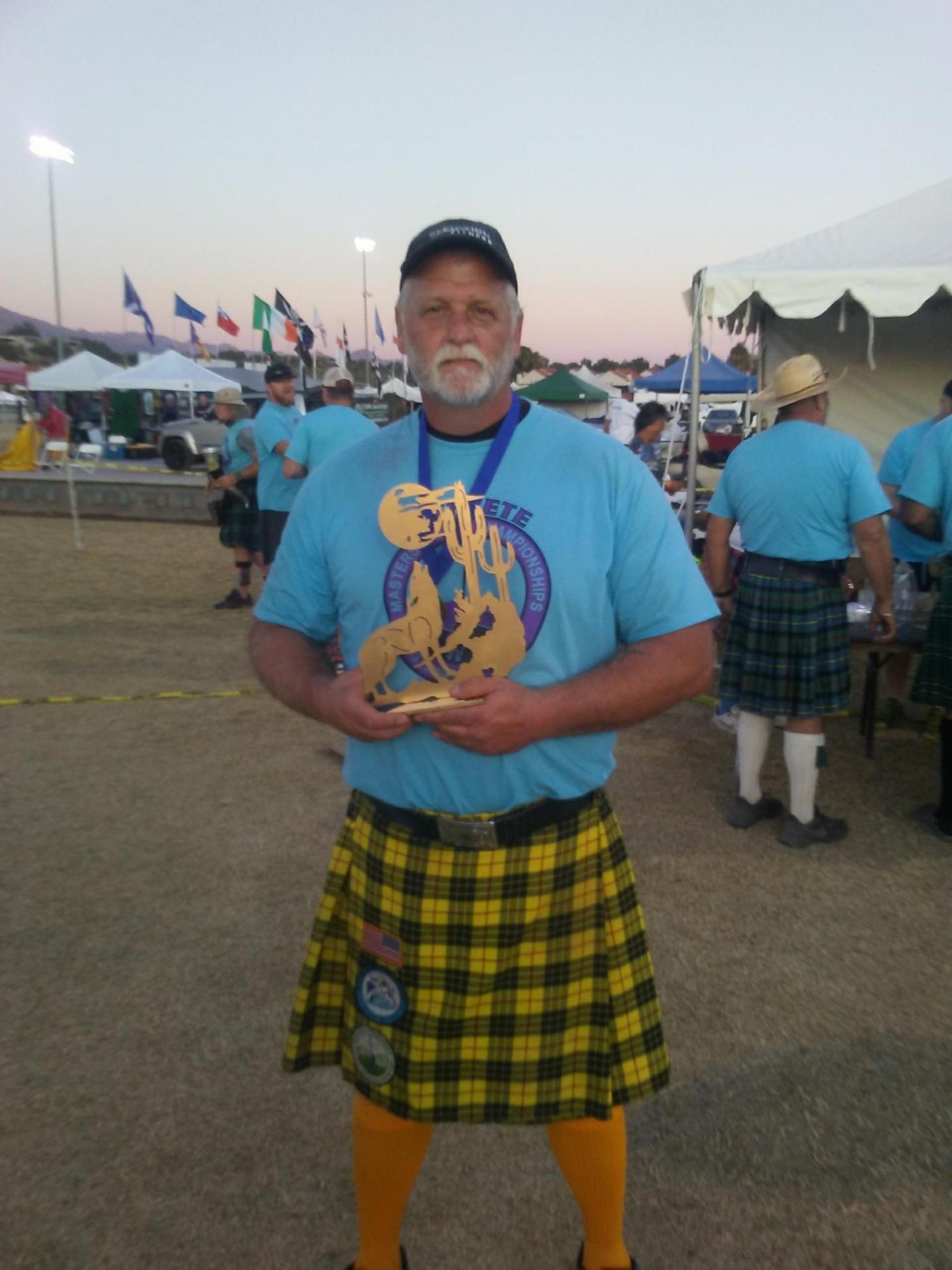 Not only did McClure win the event, he also set a world record. In the weight over bar competition, McClure threw a 42 pound weight 17 feet 8 inches into the air, clearing the bar and breaking the previous record of 17 feet 6 inches which also belonged to him.

A 1982 graduate of Hayesville High School, McClure was a member of the football team and held the shot put record for the track and field team at one point.

Now living in Clarkesville, Ga., McClure said competing in the games was a passion he discovered later in life. “I had been watching them some on TV and my wife and I were in Gatlinburg, Tenn. and saw it live. I told her, ‘I think I would like to try that.’ So it just went from there.” That was when McClure was 42. He’s now 56.

Competing in six to eight games per year means McClure has to be in competitive shape year round. “I work out usually five days a week for at least an hour a day.” While strength obviously plays a big factor in his success, McClure shared another key to his performance. “Technique is everything. You have to have a routine and know what you’re doing or you won’t have success and will probably get hurt.”

To anyone interested in getting into the sport, McClure advised, “Watch training videos, read books and find a group you can join with guys who can help you.

While McClure is more than willing to help someone, he says his days of competing are far from over. “I plan to keep on going as long as my body can. We have guys in their 80s out there competing so I hope to be doing it when I’m that old.”

With a world championship on his list of accomplishments, McClure will try for a national title in May when he competes in Kentucky. As for next year’s world championships, McClure says he most likely will not be competing. “It will be held in Ireland next year and I just don’t have that kind of money to make the trip.” Some of McClure’s competitors have several sponsors which makes it possible for them to travel the world.

A little closer to home, McClure would love to return to Hayesville and put his talents on display. “I’ve always wanted to come back and do a demonstration at a festival or something like that. Who knows, maybe if I bring a few guys for a demo, Hayesville might end up with their own games.”

Anyone who would like to book a demo, sign up for a sponsorship or wants to get into the sport can contact McClure by calling (706) 968-8570 or e-mail: banditblu1054@gmail.com