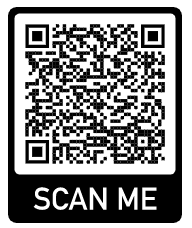 The North Carolina High School Athletic Association has released its modified sports calendar for the 2020- 21 school year. Commissioner Que Tucker made the announcement Wednesday, Aug. 12 via a Zoom press conference.

With the new scheduling, all sports are on hold until Nov. 4 when volleyball and cross country will be allowed to practice for the first time. The first date for a competitive event is set for Nov. 16.

Along with the change of dates, there was also a drop in the number of events a team can have. No team will have more than 14 competitions in their shortened seasons and will be limited to no more than two events per week.

One of the most significant moves was that of the football season going to a spring schedule with practice starting in February and the season ending in April.

When asked about his thoughts on the changes, head Yellow Jacket football coach Chad McClure said, “Based on everything that we’ve experienced over the last several months, I was excited just to have an an- swer. The hardest thing for

coaches and players is not knowing.”

While he is encouraged by the announcement, Mc- Clure said the unknown has affected how his team will look this season. “We’ve had several players that have moved to Towns County. They called me and let me know, which was good and I understand. As of Tuesday, Aug. 18 the Georgia High School Athletic Association had made no announcement on further delaying the start of their football season. “As a parent, it’s difficult because as close as we are to Georgia, you see that their trying to do things normally and you know that they’re going to have a season.”

Tammy Dills, head coach of the Lady Yellow Jacket volleyball teams weighed in with mixed emotions. “I’m excited to have a starting

date, but I’m concerned that date might change or totally go away,” said Dills. “My girls have put in so much work over the sum- mer and have adhered to the state’s guidelines in hopes of having a season. My hope is that they get to carry through with that plan.”

Dills also touched on the affect cancellations would have on athletes, saying, “Sports is about more than competition. Athletics are an outlet for a lot of kids and they need that outlet as an escape from things in the world.”

One topic both coaches stressed was the importance of coaches working together. With sports overlapping like never before, coaches will have to find a healthy balance for athletes. “We are going to have to sit down with each other and work on practice schedules,” said Dills. “A lot of the girls who play volleyball for me also play basketball for Coach McClure. Not only are we going to have to consider that when scheduling games, but also when scheduling practice.”

Dills made it clear that what’s best for the athletes will be the number one priority during these meetings. “We don’t want these kids to be on campus for hours on end every night whether it’s for a game or for practice.”

McClure echoed Dills saying, “The athletes have got to come first. We are going to have to be flexible and work with each other.”

Coaches at the 1A school have shared athletes for years but the new scheduling will present new challenges for programs.

As for the athletes, youth and exuberance will be key for them. On the topic of rest between seasons, McClure said, “I think a lot of times that gets blown out of proportion. I know rest is important but these kids, you give them a week and they’re ready to move on. They’re fine.”

A question being asked by many is in reference to fan attendance. If and when fans will be able to attend will depend on which phase the state is in when each season begins.