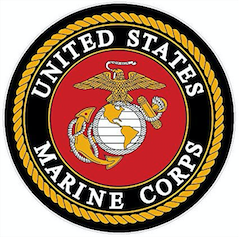 Mr. Charles Warren Smith, 91, a native of Clay County who lived most of his life in Toccoa, Ga. passed away Jan. 30, 2020 at the Oaks at Scenic View in Baldwin, Ga.

A son of the late Leonard and Hubbie Ruth Moore Smith, Mr. Smith was born June 11, 1928 in the Tusquittee Township. He graduated from Hayesville High School in 1945. After a year at Mars Hill College, in 1946 he enlisted in the U.S. Navy Medical Corps Program. He was attached to the 2nd Marine Division at Camp Lejeune, N.C. where he served for two years, after which he was honorably discharged as a World War II era veteran. After service Mr. Smith attended the University of North Carolina at Chapel Hill and graduated from Southern College of Pharmacy, now Mercer, where he received a Bachelor of Science Degree in Pharmacy. He married Mary Jo Wood on July 1, 1951. He and Mary Jo moved to Toccoa in 1958 and opened Smith Discount Drugs in 1961, which they operated until 1980. Mr. Smith was founder of the Coin Club, member of Toastmaster International, Kiwanis Club, president of both gun clubs formed in Toccoa, taught about 1,200 young adults hunters safety, was the first president of Toccoa Orchestra Guild, attained top Toccoa Achievement in registration for the Boy Scouts of the Piedmont District, served as Stephens County Republican Party Chairman, President of Ninth District Pharmaceutical Association and President of both Toccoa High School and Stephens County Band Booster Clubs, a member of The Georgia Pharmaceutical Association. He was a longtime member of The First United Methodist Church of Toccoa where he had served on the administrative board and taught Sunday School and served in a number of other capacities. Mr. Smith was instrumental in creating the Gathany Museum of Natural History at Toccoa Falls College near Toccoa. He was also a Jaycee and was a third degree Master Mason having been a member of Masonic Lodge 309. He was a member of the Marine Corps League in Toccoa and was past President of Currahee Squares, member of the Toccoa Bird Club, and member of the Toccoa Amateur Radio Club. In addition to his parents, Mr. Smith was preceded in death by his wife, Mary Jo Wood Smith and by a brother, Howard Smith.

He is survived by a son, Dr. Greg Smith, of Seattle, Wash., and a son and daughter-in-law, Mark and Suzanne Smith, of Marietta, Ga., and by four grandchildren, Jonathan, Jack Henry, Spencer and Wyatt Smith.

A memorial service in honor of Mr. Smith will be held at 1 p.m. Sunday, Feb. 9 at  Oak Forest United Methodist Church. A reception will follow the service.