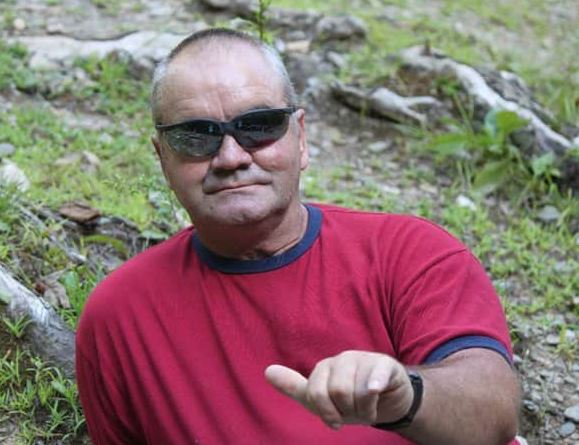 Clarence James Youngblood, more affectionately known as “Buster” and even more so as “Popsy,” completed a life well-lived on Monday, July 20, 2020.

He played football and baseball at Hayesville High School where he graduated in 1972. The same year, he married his high school sweetheart, Paula Cunningham, and loved her so much he married her twice. They were always grateful for second chances and the opportunity to take an active role in caring for their grandchildren. Buster had a long career in brick, block and stone masonry; he first worked in the Atlanta metro area, then established his own company, Superior Masonry.

His passion, however, was raising his children and grandchildren; he taught them everything he knew about gardening, building, hunting and fishing, motorcycle riding, operating heavy machinery, boxing and wrestling and the value of hard work and good humor. Though always content to be close to home, the kids were often able to entice Popsy to accompany them to Disney World, Dollywood, Orange Beach, Whistler, the Washington coast and trips to Kansas to visit family. As a large man, he savored a trip last summer with his sister, Debbie, to marvel at the majestic redwoods in Redwood National Forest, where even he felt small. He was not much for parties or crowds, but he was always the life of the party if the party came to him. His quiet simple way in the world drew people in and even strangers soon found themselves having a good laugh with our gentle giant.

No service is planned at this time.

Ivie Funeral Home, Hayesville: www.iviefuneralhome.com is in charge of arrangements.