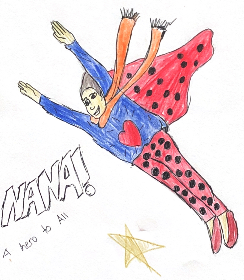 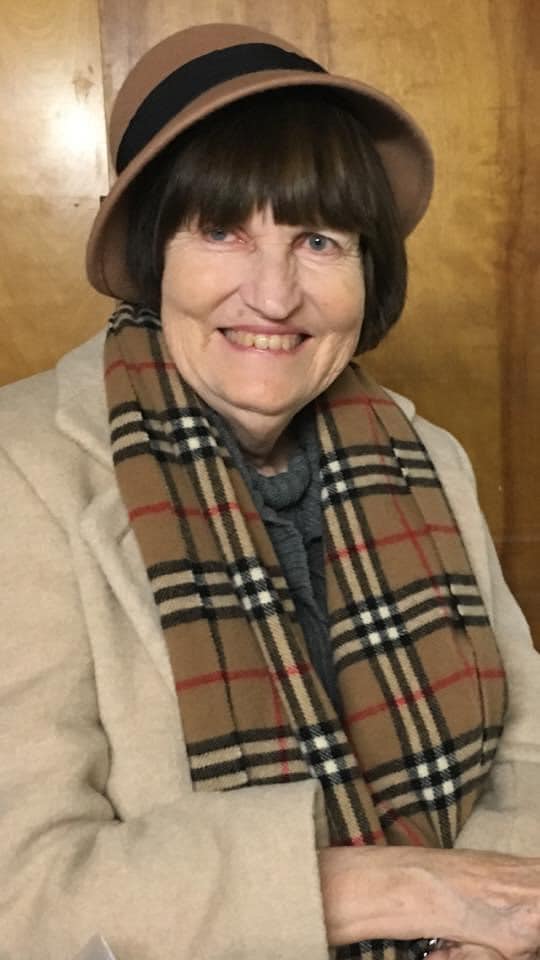 On April 17, the morning after his Nana’s passing, grandson Noah drew a picture of her. He depicts Guinnell Hunter the way we all remember her —“a hero to all”— a guardian who will always protect her children, of both blood and spirit; a leader whose heart beams in the center of her soul; a stylish lady in red shoes and a polka-dot cape who joyously flies toward the clouds, where she reunites with husband, Donald, once again.

Guinnell was a force for good and a mentor to many. As an educator for 30 or more years, she taught thousands of Clay County students, all while raising four children of her own. She lives on through each of them — through Erin’s fierce leadership and drive; Ryan’s bolstering sense of humor; Ethan’s giant generous heart and Eden’s nurturing nature.

After a dynamic career, including one North Carolina Teacher of the Year award and two master’s degrees, Guinnell continued serving others, this time in a new form, serving God. Since the age of 15, she felt called to the world of ministry, but hesitated due to her gender. Forty years later, in a new dawn, she enrolled in the Bivocational Local Pastor School at Emory University. Only months into her studies, her loving partner fell ill due to colon cancer. She and Donald were married for almost 33 years before his passing in 2005.

According to the stories, they both knew his death wouldn’t end her pursuit of preaching — it only connected her closer to God and to Donald.

Guinnell thrived as a minister and so did the community who loves her. She began ministering at Hickory Stand United Methodist Church and her home Church, Oak Forest Methodist in 2015, where a memorial service will be held when it is healthy and safe for everyone to join hands in celebrating her life. She blessed many through her clergy work — doing home visits, hosting her famous clown ministry, officiating weddings and funerals and making late-night prayer calls.

Guinnell is blissfully re- joined with her parents, Candler and Helen Carroll, three babies she never had the chance to meet and, of course, her Donald. She is survived by daughters Erin and Eden; sons Ryan and Ethan; son-in-law Andy Carter; three beautiful grandchildren, Noah, Norah and Nash; and an entire community of friends. In lieu of flowers, the family requests that donations be made to World Vision International in her name.

She has awoken, one final time, happy, healthy and refreshed and knows she will be loved the whole time.