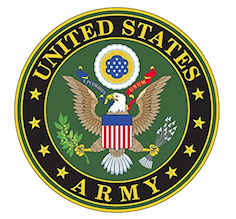 John Walton Swanson, 89, of Waynesville and formerly of Hayesville, passed away Sunday, Jan. 26, 2020 at Au- tumn Care Center in Waynesville. A lifelong resident of Western North Carolina, he was the only child of the late Gwen Swanson and Dessie Stansberry Swanson.

John had many professions. He worked mostly in retail auto parts and automotive restoration. He was an auto parts manager for several companies in western North Carolina. He also owned a backhoe business and Swanson’s Grocery located in Brasstown. He was an avid fan of fishing, Nascar and card games. John was a Korean War Veteran and entered the Army in February of 1951. He was awarded the combat infantry badge for excellent performance of duty under fire. Swanson was a gunner in the 180th Infantry Regiment’s Company L. He also wore the Korean Service Ribbon and the UN Service Medal. John was active in the VFW in Hayesville. John was a 32nd Degree Mason and a member of Hayesville United Methodist Church. He resided in Clay County Nursing Home for four years before going to Autumn Care in Waynesville for seven years.

In addition to his parents, he was preceded in death by his loving wife of 62 years, Louise Rebecca Caldwell Swanson and son, Gary Lamoin Swanson.

The family received friends from 2-3 p.m. Tuesday, Jan. 28 at the Townson-Rose Funeral Home Chapel of Hayesville.

Townson-Rose Funeral Home: www.townson-rose. com was in charge of arrangements.