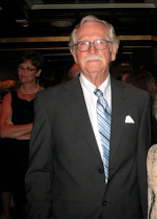 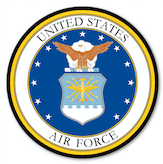 William Lewis “Bill” Shelton, 88, of Bradenton, Fla. and Hayesville, went to be with the Lord peacefully in his sleep.

Bill was the son of David Grant Shelton and Minnie Belle Kitchens Shelton.

Bill served his country for six years in the United States Air Force. After returning home, he worked and retired for the United States Post Office in Atlanta, Ga. where he served as Post Master. Bill is a member of Moss Memorial Baptist Church in the Tusquittee Community where he attended.

He is survived by two brothers, Jack and William Shelton. Bill having no biological children, he was blessed with Gay, Julie, Doris, Randy and Eddie, his step-children and their families.

The family will receive friends from 11 a.m. to 1 p.m. Friday, Dec. 13 at Moss Memorial Church. The service and internment will follow with military graveside rites being conducted by the American Legion Post 96, Murphy; American Legion Post 532, Hayesville; VFW Post 6812, Hayesville; the Marine Corp League Marble; and the Vietnam Veterans of America. Family members will serve as pallbearers.

Townson-Rose Funeral Home: www.townson-rose.com is in charge of all arrangements.