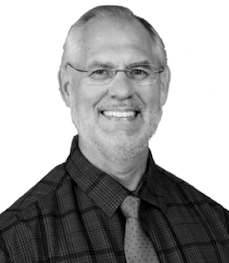 My mother died 20 years ago. Although she didn’t have much formal education — she dropped out of high school after two years — she was still a wise person. When my father, a carpenter, was usually laid-off during winter months, she maintained an optimistic attitude. She knew he would be back to work when the weather warmed. To get her family through tight times, she would find temporary work. She would say, “It will all work out.”

Collectively, our country and state are still dealing with the economic challenges created by the coronavirus. Hopefully, eventually “it will all work out,” but right now many aren’t convinced. We still see unemployed workers, struggling businesses and scared people.

One idea is that bad times can motivate our survival instincts. A business on the edge of closing will look for ways to revive their sales by offering new products, services or experiences. Some businesses will totally remake themselves. Sometimes these changes work; other times they don’t. The important point is that many businesses will attempt to innovate and adapt to the new circumstances.

The same often happens for workers. Workers losing their jobs or having their hours curtailed will often rethink their jobs and skill set and decide to also remake themselves.

Indeed, economic challenges prompted both my grandfathers to change occupations. Originally, they were farmers. The Great Depression of the 1930s hit farmers — especially small farmers like my grandfathers — extremely hard and my grandfathers decided they couldn’t continue. One of them sold his farm and retrained as an electrician. My other grandfather kept his farm as a hobby and studied to be an embalmer as his main source of income.

Economic history confirms that hard-times are periods of great innovation. More than half of today’s Fortune 500 companies were founded during a recession or a period of economic decline. Microsoft started during a recession and Apple reinvented itself with the iPod — the forerunner to the iPhone — in the “dot-com” bust of the early 2000s. Airbnb began in the middle of the 2008-2009 recession when travelers were looking for an alternative to pricey hotels.

The data also confirm economic bad-times are periods when more people, both young and old, choose to retrain themselves just like my grandfathers did. During the last recession, some community colleges and four-year colleges saw their enrollments surge by 20 percent.

The retooling and retraining typically seen during recessions have three long-run benefits for the economy. First, the efforts reduce the number of businesses that are lost and make it easier for unemployed workers to find new jobs. Second, with economic circumstances now different, the remaking of firms and workers help them reshape the economy to what is now possible and desired. And third, innovations often make the economy more efficient — meaning more can be produced with less — thereby improving our standard of living.

Will we see these same kinds of business revival and worker retraining as a result of the current coronavirus recession? Many futurists say yes and argue the new economy is already occurring.

For example, restaurants are putting more resources into pickup and delivery. Retailers are expanding their cyber presence at the same time physical outlets are closing. Remote working has surged and some forecast could approach one-third of the workforce in a few years. These are big changes that, if realized, would change how and where we live, work and shop. Collectively they have the potential to alter our spending and reconfigure our economic world.

Moreover, some see broader positives from these moves. With more remote working and cyber buying, energy use could be saved from less commuting and traveling, work-life balances could be better managed and environmental damage could be curtailed.

Yet we shouldn’t forget that every innovation and remixing of our economy has both benefits and costs. While the benefits described above could be a more sustainable and less stressful economy, the costs will be those businesses and workers who made the old economy work and the consumers who liked the “old way” of doing things.

A famous economist, Joseph Schumpeter, prophetically described what we are coping with today. He said economies move forward using a process he described as “creative destructionism.” To create something new often means to destroy what’s old.

Schumpeter’s insight leaves us with numerous questions. Will our response to the coronavirus restructure our economy? If so, will it be an improved economy? Even if both answers are yes, can we make sure no one is left behind? For each question, you decide.

Mike Walden is a William Neal Reynolds Distinguished Professor and extension economist in the Department of Agricultural and Resource Economics at North Carolina State University. He teaches and writes on personal finance, economic outlook and public policy.