Lady Jackets advance to round two 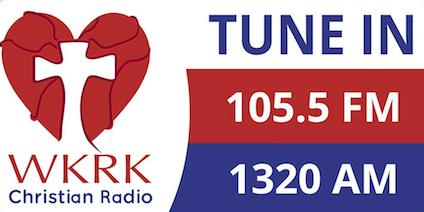 After being eliminated from the Smoky Mountain Conference tournament, the Lady Yellow Jackets had to return to Rosman Wednesday, Feb. 19 to face Robbinsville in a non-tournament game. The two teams ended the season tied for third place in the SMC and needed to break the tie so state tournament seedings could be set. Robbinsville jumped out to a big lead early and never looked back, winning 55-46. Even with the loss, the Lady Jackets landed high enough in the seedings to host a first round game against Polk County. Hayesville defended their home court and advanced with a 45-43 win.

In the tie-breaker, the Lady Black Knights were strong from the tip-off. Robbinsville’s offense seemed to be able to find an opening no matter Hayesville’s defensive scheme. The Lady Jackets had a decent offensive performance with 16 points but still trailed 26-16 at the end of the first half.

Following the break, Hayesville’s offense tried to rally. The Lady Jackets managed double-digits with an even dozen points but Robbinsville’s 14 points extended their lead to 40-28. Hayesville kept fighting and had their best offensive production of the game in the fourth quarter. The Lady Jackets added 18 strong points to their side of the board but Robbinsville’s 15 in the quarter was enough to secure the 55-46 win.

In the first round of the state championship tournament, the Lady Jackets played host to Polk County. The game was a close one from the first play through the last. In the first quarter Hayesville managed 11 points while holding their opponent to 8 to grab an early advantage. Polk was consistent in the second quarter with 8 additional points while the Lady Jackets cooled a bit with 7 points. Those points were enough to keep the home team ahead by a score of 18-16 at halftime.

Hayesville’s offense kept things rolling in the third quarter with 10 points. Polk County struggled on their end of the floor but their 7 points kept things close and the Lady Jackets held an uncomfortable 28-23 lead with one quarter to play.
The fourth quarter saw Polk County come to life. An offense that had been anemic suddenly couldn’t miss. An attacking defense led to turnovers, which Polk was able to turn into points, 20 to be exact. Luckily for Jacket Nation, Hayesville had their best quarter of the game with 17 points which was enough for the 45-43 win.

Lizzy Brusini had her best game of the season with a team-high 17 points. Senior Annie Brooks came up big under the basket and led Hayesville with 5 rebounds.

“I feel like we played a little tight at times,” said Lady Jacket coach Chad McClure. “We let their defense force us into some bad decisions, but I’m proud of how we buckled down in the closing seconds to finish off the win.”

Next up for Hayesville is a round two road-game against Alleghany. The game will be played Thursday, Feb. 27. Tip-off is set for 6 p.m.