Yellow Jackets pull away from Highlanders 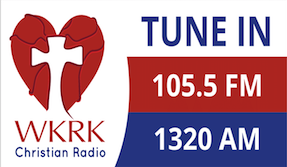 Hayesville’s shooting problems were evident in the first quarter against Highlands. The Jackets got open shots but couldn’t get them to fall. Brady Shook had the early hot hand for the home team, totaling 6 first-quarter points which helped Hayesville build a 12-7 lead by quarter’s end.

The Jackets picked up the pace in the second quarter but Highlands managed to keep up, pulling closer and closer. With 2:30 left in the half, Highlands took a 22-21 lead. Hayesville battled back to go on top 27-24 at the break.

Fans were treated to a back-and-forth scoring affair to open the third quarter. Each offense was able to match their counterpart bucket for bucket. Eventually the Highlanders were able to gain control and with 3:52 left in the stanza, tied things at 31-31. The Jackets answered and when the clock hit zeros, led 41-35.

The fourth quarter belonged to Hayesville. Highlands seemed to run out of steam and the Jackets took advantage. For a game that was intense and close for three quarters, the final of 61-41 was surprising.

With the win the Jackets improve to 9-2 with a state 1A ranking of 25th according to MaxPreps.

Hayesville now prepares for a home game against Andrews which could have major implications on the Smoky Mountain Conference Championship. As of the writing of this story, the Wildcats are 9-0 and ranked 10th by MaxPreps. Scheduled start time is 8:00 p.m.